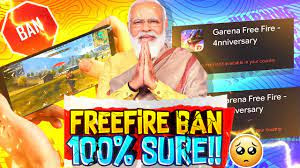 Due to a lack of official information, players are left perplexed about why Google removed the title. Since this is an India-only issue, players in the region worry about the game’s future, given the prior abrupt ban on PUBG.

Also, in a recent turn of events, both the regular and the improved versions were removed from the Apple App Store for unknown reasons. These instances have left fans and players perplexed, with widespread speculation about their suspension on the iOS platform further adding to the confusion.

I thing this is main reason to remove, some players have also reported that they are facing problems while accessing the game. Players have taken the issue to social media where they have tweeted and posted about the problem in the official handles of the game.

This doesn’t seem to be a technical issue with the game, as global players can access Garena’s flagship title. Given Free Fire’s sudden removal, numerous rumors and speculations have flooded the internet, with several players anticipating a ban.

Since the removal of the title, users have been unable to complete in-game purchases. Attempting a purchase returns the following message:

“The item you requested is not available for purchase.”

So far, the publisher has not disclosed any information. Pending clarification from them, the game remains unavailable in India.

Garena Free Fire & Free Fire Max suddenly gets removed from App Store a few hours back. It has certainly raised a few questions among the gaming community. The application is not currently available. So, we have to wait and see how things turn in the next few hours. Here, you will also get to know why it happened. So, let’s know more about Free Fire App Store situation in detail.

Gamers have become thoroughly immersed in Free Fire following recent improvements. However, they have been encountering and reporting issues accessing their favorite mobile title since the morning of 12 February, i.e., today.

Also, in a recent turn of events, both the regular and the improved versions were removed from the Apple App Store for unknown reasons. These instances have left fans and players perplexed, with widespread speculation about their suspension on the iOS platform further adding to the confusion.

What happened to Free Fire and Free Fire MAX Ban?

It is recommended that users do not accept any claims and instead wait for an official statement from the developers.

There is no clarity on why both titles were taken away from the App Store, but individuals can expect Garena to provide information soon. Fans can follow the company on their social media handles to stay updated on any news.

Additionally, until then, gamers should avoid placing their faith in any ongoing narrative and refrain from spreading such news themselves.

The same note highlighted an important point, that there are players losing their accounts due to the fact that they are passing on their passwords to other users who end up using a hack without their owners knowing it.

Meanwhile, For reasons unknown, the gaming application, Garena Free Fire gets removed from the Apple App Store. Though the application is removed, gamers can access and play the game now. However, this could potentially also be a glitch related to an update. We will update for sure when it will arrive. Moreover, the game might also be available during your visit.

Not everything is going well for one of the most popular battle royale games, Free Fire. As per the latest update, the Battlegrounds Mobile India (BGMI) rival app has been removed from the Google Play Store and the Apple App Store. The app is unavailable for download since February 12.

Currently, only Free Fire Max is available for download on the Google Play store. While none of the games including Free Fire and Free Fire Max are listed on the Apple App store for an unspecified reason. Neither Garena nor Google nor Apple have revealed the reason behind the removal of the Free Fire apps.