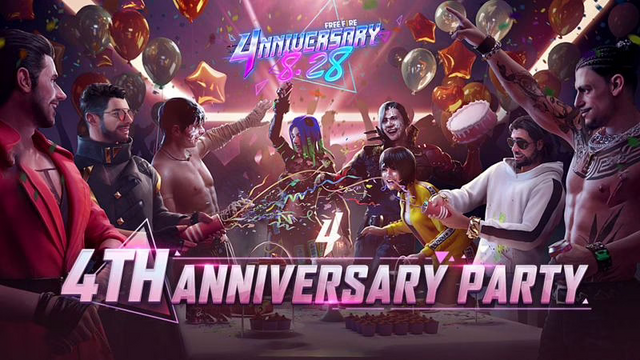 The fourth Anniversary of Free Fire is almost around the corner, and it will be celebrated in August, as it has been for the last three years.

The developers have already confirmed their collaboration with Dimitri Vegas and Like Mike for the celebration. Moreover, their in-game persona will be added to the diverse range of characters.

Garena also announced the release date of the two characters Dimitri and Thiva. The former has been recently added to the game as part of a top up event.

At the same time, the latter will be available on 28 August. Several leaks regarding the anniversary events and celebrations have surfaced. Knight Clown, a well-known data miner in the Indian Free Fire community, has leaked the calendar for the upcoming celebrations.

Here are the leaked dates for the fourth-anniversary celebrations: