Indian Free Fire fans would likely have heard about Sudip Sarkar. The player is known for his gameplay, and he uploads clips of them on his YouTube channel. He has garnered a substantial fan base on Google’s platform and currently has around 1.27 million subscribers to his name.
Also, the content creator has grossed 30K subscribers and 3.329 million views over the last 30 days. 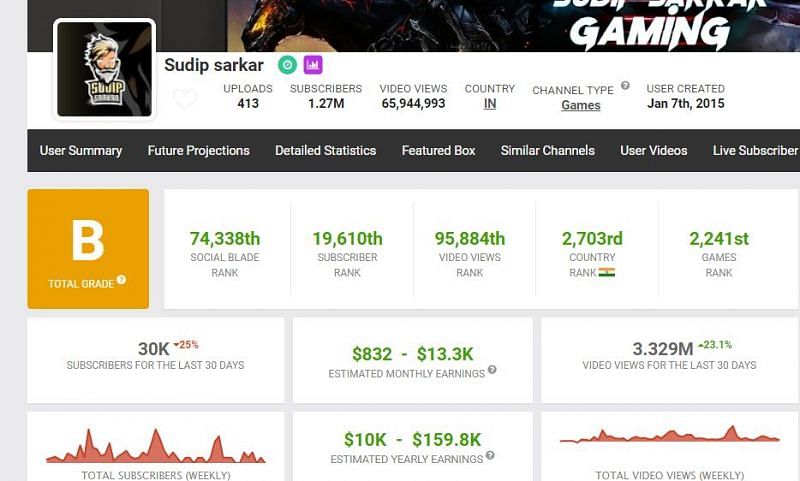 The prominent figure has been making videos regularly over the past few years, and the oldest one dates back to July 2019. At the moment, fans can find 413 videos on his channel, which have accumulated 65.95 million views combined.
His rank when it comes to the number of subscribers is 19610th. Fans can tap here to go to Sudip Sarkar’s YouTube channel.
Tags
Free Fire Garena Free Fire
Related Article